This past Friday, September 11th, I found myself once again at the accessible, quaint, and dimly- lit venue of The Observatory in Santa Ana, California. This place, although often overlooked, is the watering hole for music fans in the desert that is the music scene of Orange County. Tonight I flocked to see Wavves, an indie/ garage rock band from picturesque San Diego, California, as well as two other rock bands of whom I have never heard. Packed closely in the intimate– and by intimate I mean really-fucking-packed in a tiny ass room that genuinely felt like an oven. I was literally sweating minutes after I walked through the black velvet curtains– Constellation room I felt mildly surprised that Wavves was put into smaller “reject” room, because I thought they were well known enough to warrant the main event room. Regardless, they definitely had enough of following to cram the Constellation Room to a questionable maximum capacity. 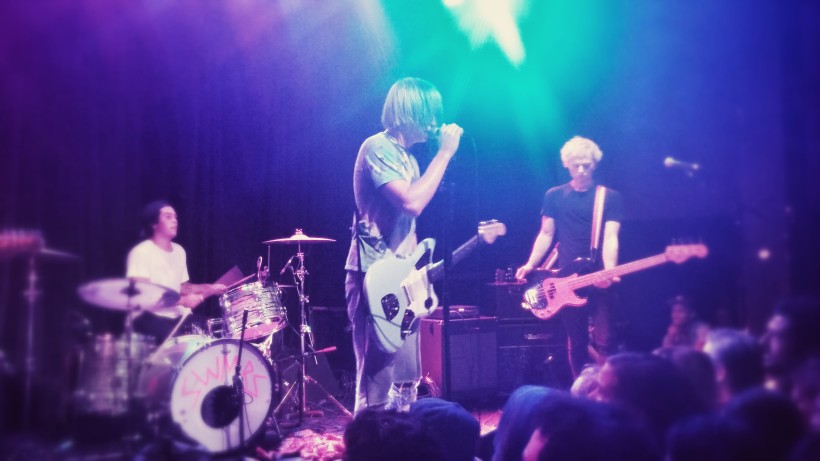 There are two things thing you might first notice about the rock band SWMRS (yes, you do pronounce it as “swimmers”). These guys are young and attractive. Well, what do you get when you have a band with that powerful combination? A lot of screaming fan girls. As soon as the boy band started their set the whole atmosphere of the room was cranked– way up. Screaming girls, raging boys, and spontaneous crowd surfing unfurled around me. Arriving at the show I was not expecting such an animated crowd and when it became apparent that it was I inwardly patted myself on the back for choosing to don my protective Doc Marten’s instead of my Converse. SWMRS, while undoubtedly rock oriented, have short, fast, and up-tempo songs that braid in mixtures surf and pop elements that put them into the Surf Punk genre. After seeing them it made sense to me that this band would appeal to a younger audience; they have a fun and carefree sound with some rough edges that give them a vicarious excitement. These guys are extremely rambunctious on stage which made them, at least for me, comically entertaining. I actually have on video footage of lead guitarist, Max Becker, leaping into the crowd while continuously playing. It made me wonder if all of their shows were this… vivacious. I’m very curious to see where these guys are in the next few years because they’re only going to get taller and cuter. Ladies watch out!

Alright here some photos I got of the firecrackers. FYI, I got much better footage than I did photos. 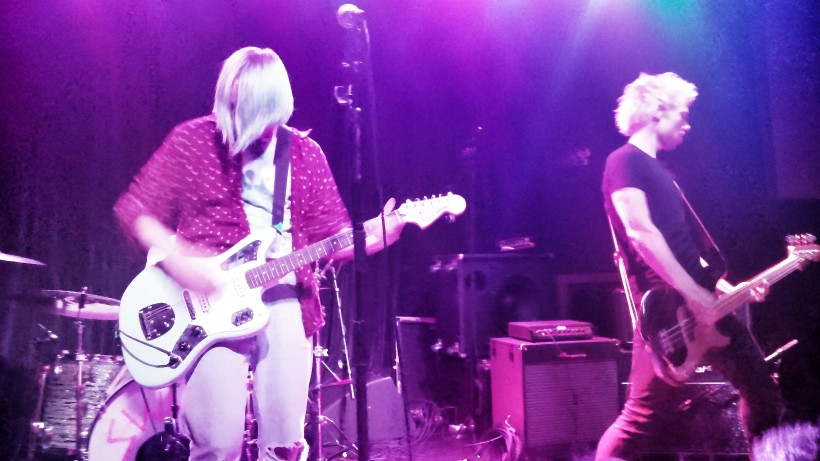 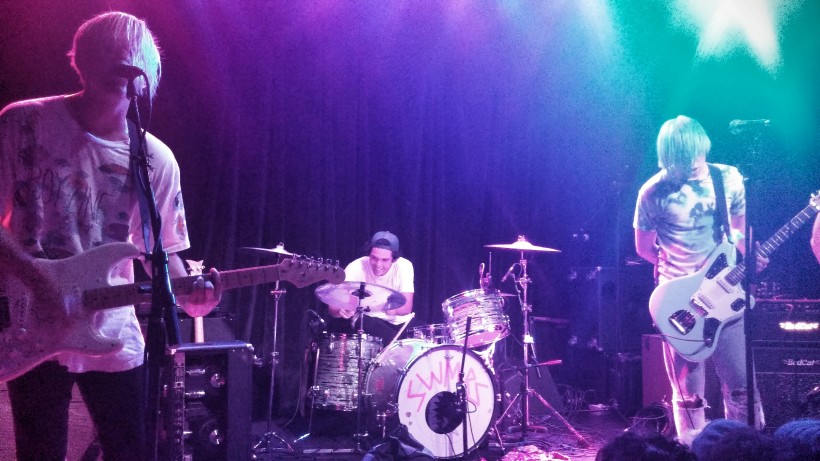 Following SWMRS came the five piece band rock band from Chicago, Illinois with a curious name of Twin Peaks (boobs, anyone?). These guys have a 60’s rock vibe with some interesting vocals. I remember during their performance I was trying to pinpoint who their singer was only to realize that there really wasn’t just one. Almost all of them, save for the drummer and the keyboardist, would either sing the lead or take turns. I though that added a pretty cool dynamic, especially because their vocal styles were quite different. When its Clay Frankel you get a combination of smooth deep vocals with the sprinkling of some throaty screeching and barking (listen to the song “Making Breakfast” if you don’t believe me). And when it’s Caiden Lake James or Jack Dolan, you get a softer, younger sound.  Twin Peaks songs are also extremely catchy, and you gotta point to the power pop sound for that. I like that their music isn’t very rough. It’s melodic while maintaining that young sound you hear from bands that are playing at a house party. Their lyrics were somewhat ambiguous which I also liked because, well, ambiguous lyrics are kinda fun–  you get to insert your own meaning. Twins Peaks music reminds me of warm summer nights, booze, and small bonfires gently highlighting the faces of friends, carefree and uninhibited by tomorrows worries. It doesn’t surprise me either, that they have a large young following. I recall being highly entertained in particular by Clay Frankel that night because he seemed to be on a good one. It is possible that all of his swaying, unbalanced demeanor, and comical faces were just a manifestation of how in-tune he is with his music, but I’m betting my money he had a little help– always artists and their vices. Best part of Twin Peaks set, though? Well that would be when Jack Dolan, their bassist, followed Max Becker’s footsteps and decided to crowd surf while playing his bass. It was going splendid until it came time to put him back. The crowd absolutely failed and ended up throwing him back on stage which consequently sent him crashing into a couple microphone stands. POSITIVELY HILARIOUS. 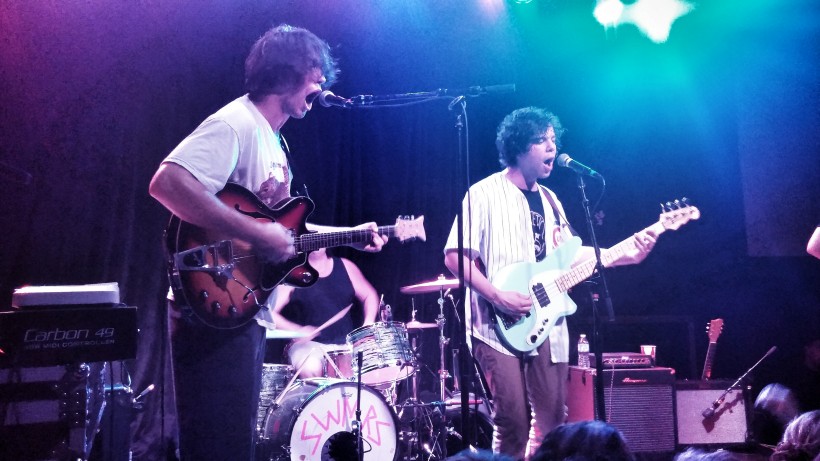 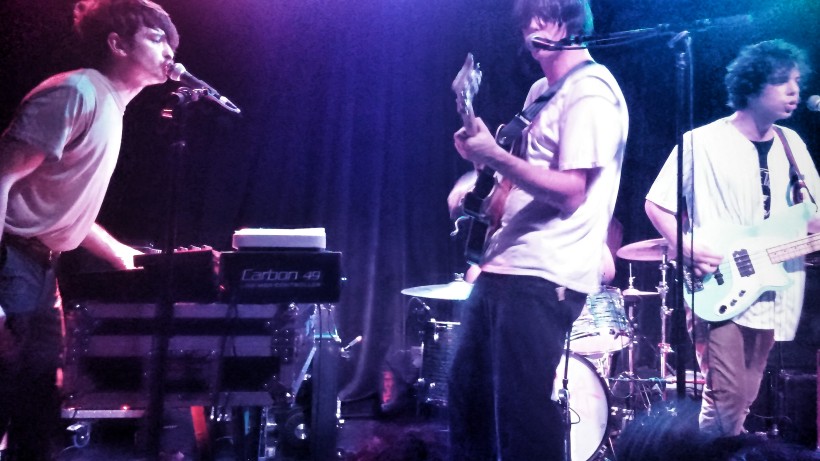 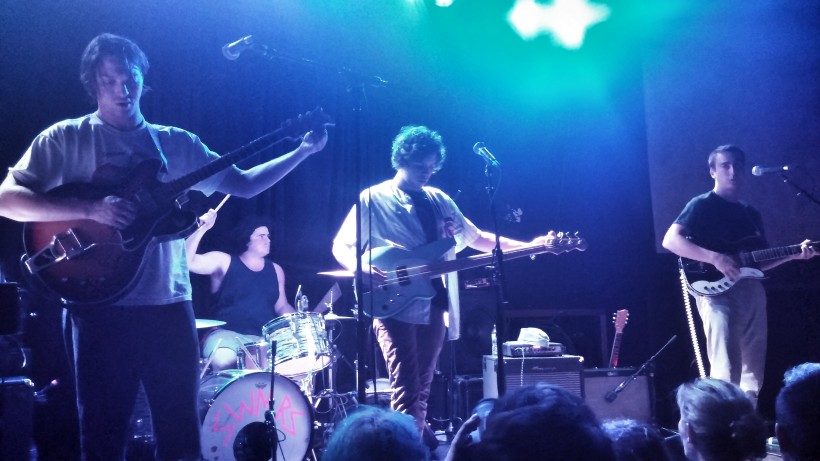 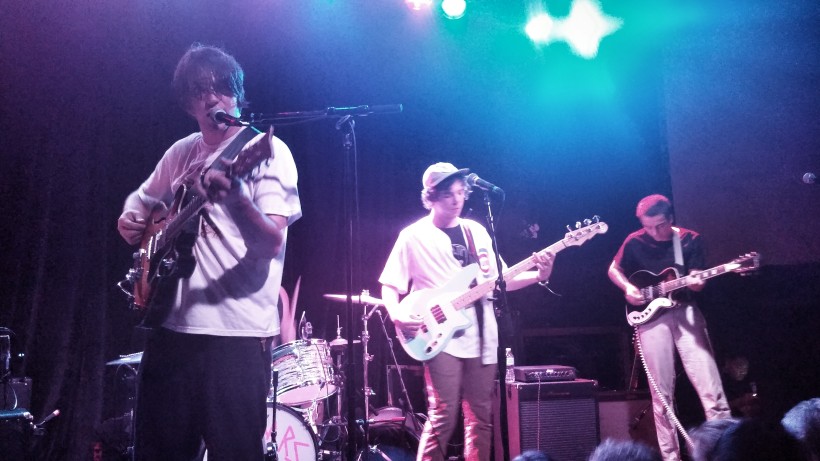 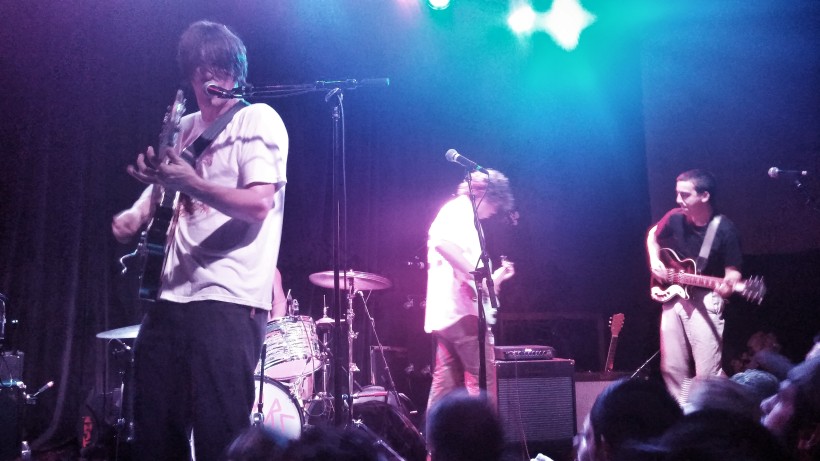 While perhaps the least interesting to watch on stage, Wavves certainly managed to eclipse the other two prior bands in terms of experience and skill. Nathan Williams, with his voice that epitomizes the sound of teen angst, and the rest of the four-man band, came and conquered. They were really diplomatic in their song selections, playing a little bit of everything from all five of their albums, and the crowd loved every minute of it. The young fanatics were still up to their rowdy antics, however these seasoned musicians refrained from any crowd surfing. Besides, I wouldn’t have trusted that crowd when it came to keeping a float a 180lb dude. What I like about Wavves, especially older Wavves, is that dirty, grungy, and distorted sound. While their newer music has a lot more pop influence and stronger vocals than their older albums, they still manage to keep a bit of that gritty rock feel to them. Because I’m not an restless, lovesick, “angsty” teenager anymore,  I don’t really find myself listening to Wavves these day. However, I’m glad to have checked these guys off of my “live show” list because they were really good and it was pretty sweet hearing a lot of their hits live. If these guys happen to be playing near you, seriously go. 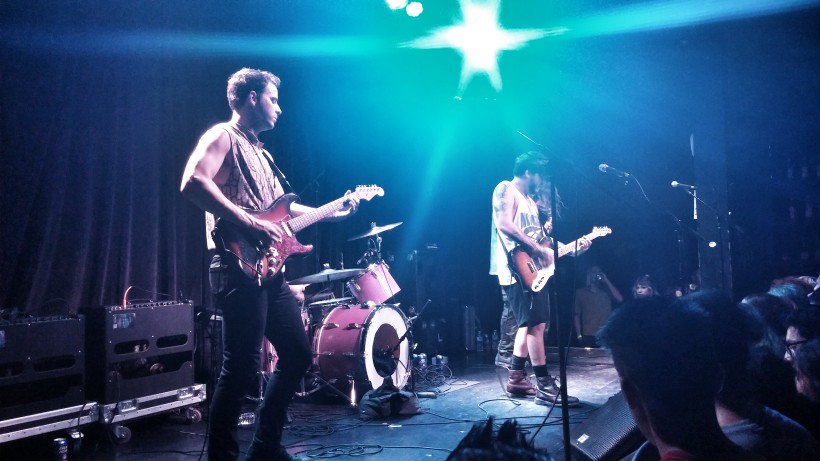 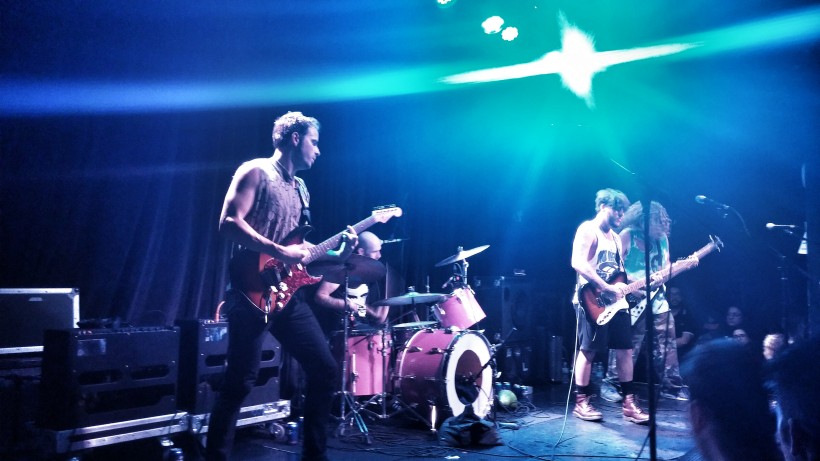